We all know how important languages are… yes even at a daycare for 1 to 6 year olds. They are our main form of communication. We also know how children at a young age are like little sponges; they cannot learn enough. Knowing this we wanted to give children a broad sense of language and communication.

That is why we teach 3 languages at 2000 Days Pre-Kindergarten. Don’t expect fluent French or Mandarin…but we do teach the inflections, sounds and meanings of different words in different languages. Learning other languages early in life helps to learn them fluently later. Let’s use those first 2000 days wisely, bien!

Our daycare school also uses and teaches baby sign to our baby class. This is a great way for children to learn to communicate very early even when they do not have the physical ability to speak words. There are some myths on-line that baby sign can stump language development…this is just plain silly.

There are many studies that show that not only does it not stump language development but it actually helps. It is also very empowering to the child when they can tell you if they need a drink, sleep or poop. Click here for some great information and research on baby sign.

Childcare Languages At A Glance

There is little we can tell you about languages you don’t already know. You use them everyday. Languages are important for communication with family, friends and at work.

Whether it is sign language or spoken languages without them we would have a difficult time getting anything done. The more languages you know or your child learns the more opportunities that will open up for them in the future.

We already touched on why we need languages. Let’s focus on why we teach three. There has been good research done that the more languages a child learns early in their life the easier it will be for them to learn them fluently later. We teach the very basics of French, Spanish, and Mandarin.

Our students learn the inflections and words of many different and difficult languages. You would be amazed how fast they pick words up. They might not fully understand every word or how to say some words but when they pick up a language in college or even earlier it might just come to them that much easier. And they will have you to thank for it.

Our Wait List is Very Dynamic & Changes Daily. We Strive To Get Every Family That Wants Their Child Into Our Program. Please Fill Out The Form Below & We'll Let You Know The State Of Our Waitlist. Thank You.
Your subscription could not be saved. Please try again.
We'll Get Back To Your Right Away About Our Wait List 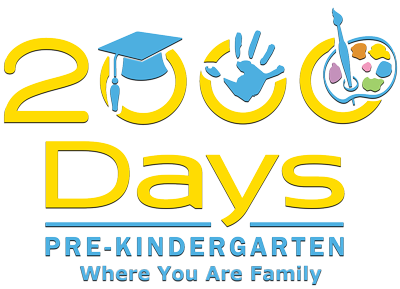 Evening and weekend care is handled on a case by case basis. If you have interest in evening or weekend care just fill out this for mand we will contact you. Thank you.

You have Successfully Subscribed!

We will get back to you shortly.